Below is text from one section of Douglas Galbi’s work, “Sense in Communication.”  This work includes text and images.  Some images may be missing (due to use restrictions) or improperly formatted below.  The full work in pdf format, as well as other text sections, are available at www.galbithink.org

VI. The Good for Communications Growth 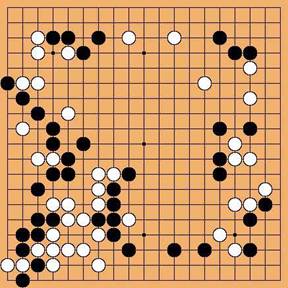 Understood as a description of sensory function, common sense tends to be regarded as base, ignoble, and uncreative.  Imagine a theatre that stimulated all ordinary human senses.  Here's what might come to mind: “THREE WEEKS IN A HELICOPTER. AN ALL-SUPER-SINGING, SYNTHETIC-TALKING, COLOURED, STEREOSCOPIC FEELY.  WITH SYCHRONIZED SCENT-ORGAN ACCOMPANIMENT.”[1]  Persons in this theatre must remain seated with their hands fixed to knobs.  That is a constraint on making sense.  A recent exhibit at the Corcoran Gallery crossed this sensory boundary with eighteen, full-color, slightly larger than life-sized sculptural tableaux adapted from famous nineteenth-century paintings.  Visitors could touch objects on the table in Renoir's “Luncheon of the Boating Party,” walk into the boudoir of Manet's Olympia, and sit on the bed in van Gogh's “The Bedroom.”[2]  To some, this is as much of a horror as persons playing “computer games” rather than reading books.[3]  Greater sensuousness tends to be associated with superficiality and shallowness, with mere representations.   Deep, bright, thinking persons, so it is thought, are far beyond this sort of sense.

Yet good book sense is not separate from sensuousness.  Chinese culture has for millennia greatly revered writing characters and artifacts containing written characters.  A leading work of the Chinese New Wave is a space filled with artfully written characters.[4]  Huge scrolls filled with characters arc softly down from the ceiling and cross the room.  Panels of impressive characters decorate the walls.  All these characters closely adhere to traditional forms, styles, and aesthetic standards.  On the floor, beautifully crafted books in a simple, regular array form a gently waving ocean of characters.  The books are hand-printed from typefaces carved into pear wood, and they are bound with string binding and set in exquisitely crafted walnut boxes.  The space evokes a sense of the rich tradition, beauty, and authority of Chinese literary culture.  However, of the thousand distinct characters that fill the books, scrolls, and panels, not one is intelligible as conventional written Chinese language.  It’s all nonsense, but not.  The enormous cultural and material resources put into the work make powerful literary sense that jars deeply and painfully against the nonsense.[5]

Making sense is more about the distribution of production costs than about the possible characteristics of experience.  When media development gave persons the choice of reading or watching television, persons spent much more time watching television.  But the development of radio and television did not greatly change the value of advertising in selling goods, nor the genres of programming possible.[6]  While graphical virtual worlds have been much more popular than textual worlds, participants in textual virtual worlds can experience all that graphical virtual worlds offer.[7]  You don’t just think about your friend.  You reach out and touch her through the telephone.[8]  You don’t just remember your child’s face.  You keep a picture of him on your desk.  The economics is elementary: external sensory stimuli substitute for costly bodily effort in creating the same component of sense.

Leading thinkers have recognized trade-offs of this sort.  A recent winner of the Nobel Prize in economics stated:

it is necessary to constantly remind ourselves that human activity is diffused and dominated by unconscious, autonomic, neuropsychological systems that enable people to function effectively without always calling upon the brain’s scarcest resource – attentional and reasoning circuitry.  This is an important economizing property of how the brain works.[9]

A leading virtual world designer described a similar trade-off from a different perspective:

there are a lot of limitations in terms of what we can do with character simulation.  So, to me that seemed like a really good use of abstraction because there are certain things we cannot simulate on a computer, but on the other hand that people are very good at simulating in their heads.  So we just take that part of the simulation and offload it from the computer into the player’s head.[10]

Communication services are goods positioned in the space of trade-offs between making sense with existing bodily resources and the external provision of resources for sense. 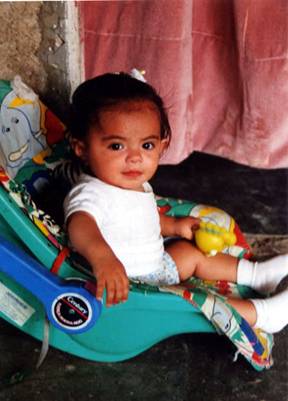 Not understanding this good could be disastrous for major, well-established organizations.   Eastman Kodak, a leader in the photography industry for more than a century, has had declining revenue for the last four years.  Since its 1997 valuation high point, its stock has fallen 70% and its workforce shrunk by 30,000 jobs.[16]  In attempting to adapt to digital imaging, Kodak still understands its consumer business to be about “consumers who take, share, album and print their life experiences in pictures.”[17]  This description says nothing about the relationship of photography to text, telephony, and camera phones.  Yet with photography, as with other communication services, persons seek to make sense of others like themselves in the absence of physical proximity.   The future of the consumer photography business is likely to depend on how new communication services use images to lower the cost of making sense of presence.

Compared to traditional, plain-old telephone service, new, rapidly developing, low-cost software gives many persons much more cost effective means to make sense of presence.  In six months, a small software firm developed a peer-to-peer communication application that provides high quality, scalable telephony service integrated with text messaging and presence indicators.  Persons who have no more than dial-up Internet access can run the software, called Skype, and communicate at no additional cost, by voice telephony and text messaging, with any other Skype user around the globe.  The software can be downloaded for free on the Internet.  As of October, 2003, only two months after the program became publicly available, over a million copies of the software had been downloaded.[18]  Undoubtedly, in different places around the globe and irrespective of regulation in any particular country, many other groups will develop similar software.[19]  Integrating images into software of this type can happen much more cheaply and much more quickly than the developers of PICTUREPHONE® could have ever imagined.  Such software, in many competing variants with different forms of sensory integration, will teach many persons that plain-old telephone service is an inferior product for making sense of presence.

To avoid disaster, the telecommunications industry needs to shift from providing telephony to providing means for making sense of presence.  In the U.S. in 2001, the telecommunications industry employed about 1.2 million persons and collected $235 billion in revenue from end-users.[20]  If those jobs and that revenue depend on providing traditional telephony service, they are at great risk.  U.S. telecom industry leader Ivan Seidenberg reportedly recognizes the problem:

What’s behind Seidenberg’s sudden series of audacious moves?... [one major reason is] Seidenberg’s conviction that telecom as we know it is history.  In its place will emerge what he calls a “broadband industry” that will use the new, superfast Net links and high-capacity networks to deliver video and voice communications with all the extras, like software for security.[21]

Building and maintaining a highly reliable, universally accessible communications network takes dedicated workers, much capital, good organization, and effective regulation.  For the value of that network to be recognized, it must be associated with an enduring good.  That good is not telephony, video calling, information services, or pre-produced video on demand.  That good is sense of presence.  The communications industry can continually provide better means for producing it.

[2] “Beyond the Frame: Impressionism Revisited, The Sculptures of J. Seward Johnson, Jr.” at the Corcoran Gallery of Art, Washington, DC, Sept. 13 to Jan. 5, 2004.  Seward Johnson’s work is probably the best known sculptural work in the U.S.  Some images from the exhibition are available at www.corcoran.com  As Grau (2003) discusses, immersive art has a rich history.  See also Section IV, infra.

[3] Gopnik (2003) savaged the exhibition: “the most mind-numbing, head-spinning, belly-flipping experience you’re likely to come across. … This is the worst museum exhibition I’ve ever seen.”

[4] This paragraph describes Xu Bing’s work originally titled “Xi shi jian –shiji mo juan” (An Analyzed Reflection of the World – The Final Volume of the Century), which came to be called “Tianshu” (Book from the Sky or Book from Heaven).  Some images of this work are available at http://www.xubing.com/BookFromSky/main.html  See also Erickson (2001).

[5] In 1990, an important critic in an influential Chinese arts journal made these comments about the work:

I have always felt that when people do something they must have a clear goal, for themselves, for others, for the people, for all mankind – to have no purpose at all is absurd and dissolute.  If I am asked to evaluate the Book from the Sky, I can only say that it gathers together the formalistic, abstract, subjective, irrational, anti-art, anti-traditional…qualities of the Chinese New Wave of Fine Arts, and pushes the New Wave towards a ridiculous impasse.

Since its sensational debut in Beijing in 1988, it has incited continuous intellectual debate, first within China and now throughout the international arena.  The work’s tantalizing elusive meaning fuels the debate, provoking both scholars and students of art to pull out all their methodological tools as they seek to plumb its depths.  We can turn to the giants – Barthes, Derrida, Foucault – but nothing quite does the trick.

[6] On media development in relation to the economics of attention, see Galbi (2001a).

[8] “Reach Out and Touch Someone” was a highly successful marketing slogan for AT&T long-distance telephone service.  AT&T has recently re-introduced a variant of this theme in advertising for AT&T wireless service.

[13] Audio books have done this, but they are a relative small business.

[18] Based on information at www.skype.com

[20] From July, 2001 to July, 2003, 172,000 jobs have been lost in the telecommunications industry.  These employment figures are based on the U.S. BLS Current Employment Survey data category “Information”/“Telecommunications,” minus subcategory “Cable and other program distribution.”  Data available at http://www.bls.gov/ces/home.htm   Revenue figure from FCC (2003) Table 1, p. 9

[22] One person in charge of issuing permission to use a photograph posted on an art foundation’s website asked to see a copy of my paper as part of the process to determine whether to grant me permission to use the image posted on the foundation’s website.  That seems to me to be the sort of requirement that tends to suppress free discussion and multiple viewpoints.  Another reaction that I encountered was simply to ignore my e-mails and telephone calls.  The difficulty and cost of gaining permissions varies greatly from person to person and from institution to institution.  Getting permissions has been a challenge in doing this work.

[28] Persons were also enrolled individually for 6s 8d, while some husband-wife combinations were enrolled for twice that, i.e.13s 4d.